The difficulty in handling, properly, a revelatory word that reveals certain things to watch and pray for in the future- Is that by nature they are not in their “time” when first published or publicly made known. Life goes on and all is forgotten. They have their season, and ultimate purpose, while moving toward the one thing the prophetic warning was pointing to all along. That purpose is to promote prayer and call upon the Church to be in a state of readiness, and the season for readiness is BEFORE THOSE THINGS COME TO PASS. Because it is not God’s will that any man perish but that all come to the saving knowledge of the Lord Jesus Christ. I know our prayers can change the outcome of a would be tragedy. In Abraham’s case a whole family was delivered from the destruction of Sodom and Gomorrah, and the cities were interceded for. God can move us out of harms way or intervene on a greater scale, like he did for Nineveh of Jonah’s time. Perhaps the escalating war in the Middle East being scaled down is that kind of reprieve. A word published in January of 2013 describes a dealing Obama has with Cuba, which stands as a prophetic marker in the news today. Until President Obama’s term is over, however, I’ll not stop warning of an occurrence played out after his visit that appeared to be described in Strange Bird II.

Any way, one might have to endure a tiredness, so to speak, of a warning re-emerging several times, as the prophetic markers in it begin to surface. We posted a dream released to us on October 17, 2012, on the eve of the elections that revealed President Obama would win a second term.

It laid out several events that would  take place in the Middle East that seemed to reflect the track of our foreign policy to date. 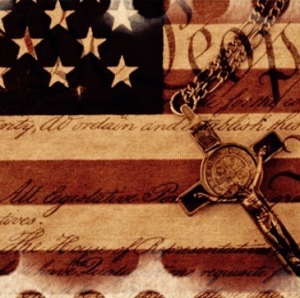 A popular website picked it up and several thousand visited our site. Much of what occurred in the dream has come to pass. I saw the embassy tragedy in Libya did not just go away, and there was an unbroken time line that began with that event that stretched from there to Afghanistan, while the trouble in Syria bled across the map in a fiery tempest, like water colors on a wet canvas. Spreading into all its border countries. THE WAY IT has been DOING the past 24 months.

Today, another prophetic marker embedded in that dream briefly mentioning Cuba appears in the headlines as the President visits there. In this prophetic dream of October 2012 the Obama figure (wearing a military uniform and beret) begins to move out towards the center of the Middle East, sometime after Cuba. What happens after that is very troubling. I see the Obama figure lying flat on his back, he’s not moving. And no one approaches him to help. Is this the culmination of our foreign policy as it now lies in the Middle East, right now? I pray that it is not some kind of catastrophic military failure that could occur after Obama’s visit in Cuba. I’m asking for special prayers over our foreign policy during this time, the president, and our troops.

I believe in the power of intercessory prayer, and NOW is not too late, if you haven’t already, please intercede for our military, America, and Israel, and children all over the world, caught up in the crossfires of war.  I saw the dream depicting the Obama Nation flat on its back, it appeared to be in the time frame of the last half of his second term. East of Medina or at least in the Middle of the Middle East. Keep praying, believing, repenting on behalf of America. I hope one day someone, maybe President Obama can take back his declaration that America is not a Christian country. But then he may have been right. We have lost are way forgetting God is our ultimate covering and keeper.

The Eagle Had Lost Its Feathers

What, also, covers us as Americans is our constitution. It keeps us from the raw elements of the world that would encroach upon our rights and freedoms. So far it has served us well, for the most part, providing protection for all those that seek to find shelter in the shadow of the Eagles great wings. We all know our rights and freedoms are under assault, and the president’s many executive orders have found a way to legally by-pass the processes of the senate and congress. You will notice in the dream I saw the American Bald Eagle land next to Obama upon the root of a tree that was laid bare on an embankment. Perched next to him I saw the eagle begin to transform before my eyes into the shape and image of President Obama. In so much that only a few feathers were left upon him. Like a molten bird.

Trees often represent legacies, heritages, and lineages. That is why we refer to our family trees. I believe the root of the tree, which was reduced to a stump, represents loop holes in the executive office where the eagle found a root to stand on. Something, our founding Fathers put there, that they never dreamed would be used in the way it has. A place from where the president has launched from, as he did in the dream, to fulfil his agendas in his second term. The Eagle Nation transformed into the Obama Nation we are now, its foreign policy landing in the Middle East. The problem is the American Bald Eagle is no longer covered in its feathers that bead off the rain, and that carry it above the storms. It is now fully dressed in the strength and form of man. Whose platform in actions and words have denounced this nation as Christian, a nation which blessings come from the one true God, now approaching the eye of the storm.  You can catch up with Strange Bird II unfolding at the prophetic mention of Cuba, more than two years before Americans imagined relations between the two countries would ever be where they are now.

The mention of Cuba, a prophetic marker.