Over a span of 38 years Deana has ministered in outreaches, prisons, churches, and women’s meetings. After several years in property, business, and people management, the Lord called her aside into a life of prayer, writing, and a global media outreach in 2007. Where she began to revisit a series of dreams she was given in the 1980’s of America’s end time troubles. Her teaching articles, testimony, and prophetic words, have been viewed by individuals from 198 different countries, where recorded visits are fast approaching 800,000 views, through various forums, including christian websites, as well as her own. Much of her material has involved prophetic prayer mandates and warnings of national and global events. Including (more recently) The Arm of The Flesh In The Power Of The Mob, a prophetic warning of riots.. A dream called- A City In Asia, and another titled- Incoming, Both depicting the effects and response to an international health crises. Earlier prophetic dreams included warning of the border crisis recorded in the article titled- America’s Home Invasion Prophecy. Deana began to warn of a new out break of Ebola coming to the Congo, in 2014. And later, desperate rioting on the streets of Venezuela. Earlier dreams that came to pass included the Icelandic volcano eruption, the Arab Spring, and various other dreams and visions found on the website, of that time. She was given prophetic dreams that revealed both presidential election outcomes, of the Obama era. The Mid East crises involving Syria, Turkey, and Russia, before that she saw a Clinton serving in the Obama administration, where later Hillary became the Secretary of State for his administration. An article called The Trump Paradigm shares what God showed her 10 years ago with President Trump, that signaled Trump as a presidential possibility. When asked if she saw Trump in the White House for a second term, the answer was that nothing was being told to her about a second term. While praying for his efforts to win back his loss, Deana stated she saw those efforts seem to rise up as promising, and crash land in Pennsylvania. At the time she accepted Christ in 1978, Deana received an open eye vision of the Lord handing her a blazing torch out of heaven that lit up the night sky; she was 17 years old. Later, she would understand that experience to signify a commission of God to an end-times prophetic ministry.

“There is nothing more sweet to experience on earth than lingering in the presence of almighty God, among His beloved. All the teaching and personal prayer ministry in the world cannot compete with a corporate visitation from God, brooding over His people, because they chose to gather in one accord to simply wait on Him! The resurrection life that pools out of the saints in these encounters is imperative to our collective health. It heals, restores, and connects, the body of Christ like no other. We only need to look at the 2nd chapter of Acts to see the impact this kind of seeking-assembly has, on outreach and evangelism. Often in these encounters members of the body become confirmed, and activated, in their part in advancing the Kingdom of God.”    -Deana Barnes

In Him we live and breathe and have our being! 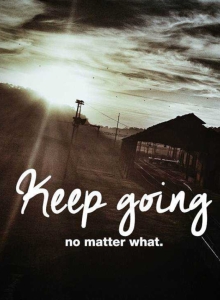