As Far West as the Mississippi, East to the Coast, North to Maine, and South Florida. Not a Long Winter, but an extended, wet, and chilly Spring. 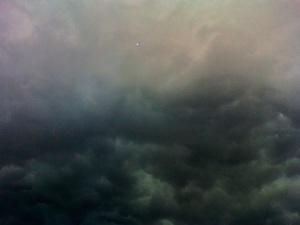 For those of you who are waiting upon the Lord, and really feeling the ” Winter Season” I heard this in prayer today. Of course, in the natural it may depend upon where you are living, what kind of spring you are going to have. But, spiritually speaking the cold night is passing sooner than you think. So rest in this time, this pre-dawn like hour, in the glow of expectation, before the sun awakens the earth, while the birds begin their singing. This is the hour of listening, before the roar of the day. As there will be grace to do so. I saw a prophetic picture of leaf buds, and dew, a damp path, in the woods. A stroll in the woods, and in it was a clear path. No tangled branches, or fallen trees. Seemingly, a young forest, renewed. Yes, a little rainy, yes a little chilly; but, lined flannel weather. vividly, I saw the Dog Wood tree in “new bud” form. This is the call of the Spirit. “Walk with me.” I felt the cool wetness of a tender twig brush across the apple of my cheek in this early morning walk. The sound of a brook that could not be seen. I heard him say, again, “Walk with me”. What is the meaning of this extended spring? The former rains of this new season. Why longer than others? Why will time seemingly stand still in the pre-dawn of the days we are facing? Shall the noon day sun be more extreme? Perhaps. Drench the ground, store the dew, the earth will help the earth, as the Holy Spirit will refresh, where He inhabits, as well. An extended grace, an extended (early) spring, in the hour of listening. Tarry there before you move into the “heat of the day”, and you shall be “hydrated” to stand.

Campaigns To Retrieve the Lost and Stolen from: The Bud is Yet in the Vine

Now is the time to pull all stolen resources out of the camp of the enemy. Calling them out in the name of Yeshuah. (The God who saves) Just as David and his men went after their family and wives who were stolen from them while they were out to war, so there are those in the body of Christ, who have been out doing the Lord’s work and have come back only to find their home pillaged by the enemy. The weakest link in the family/body being zeroed in on to penetrate walls of defense, to get in and raise havoc.

You may not see how it was persecution, but I assure you that for many, that is exactly what it is. You did nothing wrong. A weakness that had nothing to do with you was exploited to the hilt, not because of your wrong, but because of what you were doing right.

Yes, some of us make messy beds we have to sleep in and God is merciful, but this I am talking about is something that would not have been exploited like it was had it not been for WHO YOU ARE. You will need all that the enemy has taken from you back, for the days ahead. And it is there for you to retrieve, if you will believe. This translates into that which has been stolen from our homes, finances, and families, our church families, and even God’s people through out all nations, for those who are believing for the lost on that level. Pent up justice, and that thing stolen- from those who have been faithful, is held up for that day of exchange that God has assigned, in a time when it will be needed most. The riches of the wicked, and illegally obtained wealth, is laid up for the just. You have been waiting to long. Now is the time for you to mount up for battle, and demand the thief to restore all that has been stolen- with interest!

Our Own Experience
A few months ago we did just that, we began a prayer vigil, and stand; demanding what has been stolen to be returned. After a few days of prayer we had a break through. The lord gave me a vision. I saw my self walking through a battle field, nothing was left but abandoned tanks, and burning debris, the earth was scorched. I then came upon an abandoned camp, up next to a mountain. There was nothing left in the camp but smoking debris and broken equipment. I felt that what was stolen in the camp had been retrieved, but my eyes fixed on clefts in the rocks of a mountain side, next to the camp.

I walked over and began to search into the clefts and ravines. As I did I began to see souls coming up from between the rocks, they were missed when the campaign to retrieve the stolen, had previously gone through. I Saw Parcels and a U-Haul Bringing Back the Lost and Stolen.

I have had the lost, and stolen restored before, but this was something else. Much more was at stake than what we could possibly have known. When we obeyed God and began this campaign, we saw the Lord work a mighty work. I saw in the spirit a U-Haul truck full of goods. The Lord said, “In a few days there will be three parcels coming in, little things as a down payment, but behind that is a haul. Keep standing, believing, and praying.” A few days after that my camera that had been lost for a year was retrieved. A couple of parcels came in the mail, items left behind from traveling, another parcel was a financial blessing that restored an unjust loss; as He has promised these three parcels came in as a marker for more to come …

To Go the Extra Mile, To Wait Upon the Lord For One More Hour …

It was there the Lord reminded me of something that happened many years ago. We suffered the loss of a fledgling work of the Lord where people were getting saved, healed, and delivered, and this loss came through betrayal. I began to include that situation in our prayers for the recovery of the lost and stolen.

A few days later came the haul. The lives and souls of precious human beings. I can testify that our prayers for the return of that which has been stolen has measured out in souls. Even a new mission presented itself in subsequent days from this focused prayer for the stolen to be returned. God is an awesome warrior who retrieves the lost at every cost, for He has done that, even to the shedding of his own blood at Calvary, for the remission of sins.

What the thief has stolen shall be restored. Many of us in ministry have been interrupted, or intruded upon by the enemy, the cost has been souls, and I shudder for those who have involved themselves in treachery in the midst of God’s work. But in Christ’s kingdom nothing shall be lost, none of His shall be forgotten. He will go the extra mile as the good shepherd always does, not satisfied that He has secured the 99, he continues searching for that one missing.

What we do in the kingdom of God must be done with intent. Make the decision to try again, go back one more time, take one more search party, lead one more campaign in the spirit. Didn’t Jesus say, “Could you not tarry one more hour?” Could we not go back one more time, try once again, and this time believe for all that was stolen to be restored? Ultimately, that is summed up in souls of lost men and women, and hurting boys and girls.

Many times finances hinder the work of God, yet, He promises us that He gives to us all things pertaining to life and Godliness, those things are available to us to fulfill God’s purposes in the earth. If finances are not coming through, it is not because of what God will not do, or what He has not provided. It is because of what the enemy has done. I don’t understand asking God for prosperity, I do understand telling hell to get off of what God has already given us, to serve Him with.

We must take our authority and exact from the kingdom of darkness those things stolen away and hidden in it. God wants us to take back wealth, time, health, strength, all for souls, all to advance His kingdom. He said, ” I have given you power to tread … The kingdom of God suffers violence, but the violent take it by force.

And how is this done? Didn’t Jesus say, the words that I speak to you are spirit and they are truth? That we war not against flesh and blood but against spiritual wickedness in high places? Are we not to command the night to bow to the day, with a two edged sword in our hand, and the High praises of God in our mouths? Speak as Moses spoke to the spiritual Pharaohs of the land and say, God has said, “Let my people go?” Our part should not be left undone for He has said, “Go into all the world … these signs shall follow them that believe in my name …” it is up to us to take possession of every realm and dominion, for He has given it to us.

The bud is yet in the vine.

We would be honored to have you as a co-laborer in this work of the Lord. We are NOT listed as a non-profit to ensure our freedom to express all that God gives us to publish. But, we are  “not for profit” servants sharing the Gospel of Jesus Christ with out charge.

We ask that you stand with us in believing that every gift given to this ministry will be multiplied supernaturally by God, and all those who give will be greatly, and wonderfully, blessed by Him.

Thank you for your giving.     Deana Barnes