The Violent take it Force

In part one I show the reader photographs of a tree limb that had been overcome by an invasive vine that had  twisted  around the trunk of the tree and embedded itself deep into the tree branch. This is a prophetic illustration of the effects of the  demon spirit Python. A powerful spirit that seeks to infiltrate Apostolic moves of God (sent to establish the new) to constrict their growth and divert their purpose. We see this spirit addressed in Acts 16:16.

Though divination was how Python manifested through the servant woman. The nature of Python restricts, constricts, and distorts; squeezing the life, and the breath of God, from its victims. It destroys the true composition, and form of what the new work of God is suppose to be. The original design that God created. The ravages of Python leaves behind it the debris field of what could have been. IN THE LIVES OF INDIVIDUALS, and all to often moves of God. We see the deceptive operation of the Python spirit in Acts 16:16 where the damsel who was possessed with a spirit of divination followed Paul’s team who was in the city to bring an apostolic work, in Philippi. Although, the female servant seemed to be there to encourage their endeavors, publicly proclaiming their intentions, even declaring God as THE MOST HIGH, yet, she was possessed of a spirit of divination, called Pythos in Greek. Scriptural proof that not all that glitters is Gold. 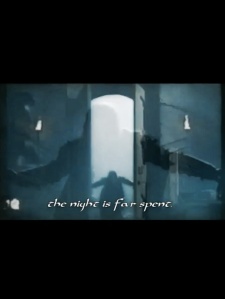 In the world we live in today she would have made it into the board of directors, or appointed a deaconess, but Paul discerned the source of inspiration, and the plot of the enemy. PYTHON was there to restrict, distort, and constrict, the move of God in that city. When ever you feel a Christian gathering is being constricted, and the Holy Spirit quenched, or a service being diverted away from true worship, this is the work of Python, snaking his way into the sanctuary of God. The spirit may not even possess an individual, but could be oppressing them. The best way I have found to stop this spirit from quenching the work of the Holy Spirit is to do exactly what Paul did, stop what you’re doing, turn around and drive out that spirit in the name of Jesus, until it is gone. We need to cut off the head of operations of Python.

Those under the control of an unclean spirit, will do one of two things, they will run towards the anointing that breaks the yoke, or away from it, depending on whether they want to be free or not. That is why those under control of unclean spirits habitually disappear out of a meeting when ever the anointing begins to fall, had they wanted deliverance the human spirit would have willed themselves into the presence of God. This is why we would see Christ approached by screaming devils, the human spirit, wanting freedom brought them into the presence of God willing to be set free. Had the demons had their way, they would have stayed away. The Lord showed me this  in illustration when we attended a Church service where the presence of God fell mightily upon  the people who were lost in worship. The Lord spoke to me to observe,  the outer hub began to teem with nervous  energy while the foyer began to fill with people.  No crying demons just chatty, nervous, and distracted people.  It is said we need to clean up our alters, this may be true, but we need to clean up our foyers, and parking lots, as well.  To often the outer court influences inner court experiences. Even shutting them down.  The outer court should have no influence whatsoever,  on the moves of the Spirit. A climate not conducive for luke warm fish will not attract them. We don’t have to lift a finger to clean up the altar when we let the fire of God do it for us.

My name. My name. Child of mine, says The Lord, I have taken you out of warfare and have set your feet in a broad place. To occupy the victory that I have given you. Still, this one thing you must continue to

do, you must walk your parameters, and consciously acknowledge your inheritance. In other words understand fully, I have brought you here for a purpose, so remain reasonably alert, you do this by using the power of my name against the enemy (rendered) toothless, yet nipping away at your mind to distract you.

Remember it is the little foxes that spoil the vine, the little cracks in the wall the enemy would dig away at. The places of insecurity, and fear, I would have you place these things, simply, under my blood. You are clean for my blood has cleansed you from all unrighteousness, no man can walk upright with out my help, I am the one who perfects your walk, it is I says The Lord, that is the author and finisher of your faith.

For the entire article go to The Home Bound Warrior.

The River Down Stream 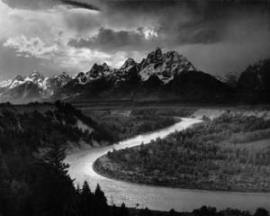 The Way of The  Mountain

Is lonely at times, and barren of natural comforts, yet, rich with atmosphere as  timbers, silently sway … Singularly, but increasingly corporately, the Mountain of the Lord (in the Spirit) is being pursued by a generation of believers as the sound of His voice, like many waters, is increasingly being heard flowing from out of the heart of His people.  With it the sound of the high mountain winds that  blow through the tall pines, that hollowed airy sigh that joins the roar of white water rapids crashing down through the rocks below. The sound of many waters echo, as they rush through the canyons descending from the place where rivers are made. This only comes after our solemn expedition up the mountain, rising in spirit as when vapor ascends invisible, then descends like the mist, settling above the streams in every ravine.  When the waters descend they roar in progression. For the full article go to  this link  The River Down Stream

Because of Abrahm’s Godly wisdom he was able to rightly discern Melchizedek, the king of Salem, as someone he should give honor to. Melchizedek came to Abrahm presenting to him bread and wine. (Sounds like our lord’s communion) and Abrahm tithed into who He was in order to Honor God after the victory from the battle they joined together for. Like Abraham of the bible we need to discern the mysteries of God when they come to us (hidden spiritual significances) and give honor to them. For they are meant to extend us out beyond where we could have otherwise gone.

To often, the people that God has joined us with are hammered down to our own liking, forced in the four square box we want to receive them in, instead of embracing them in the fullness of who they are in the house of God. This kind of conduct towards His anointed vessels will eventually result in God protecting His own, and calling them out of the assembly they are being abused in. A lampstand removed. (This is God’s vessel that holds His oil of anointing, and displays His glory, and flame of revelatory enlightenment). Dishonoring God’s (Spirit filled) vessels is dishonoring GOd. Rightly Discerning The Body