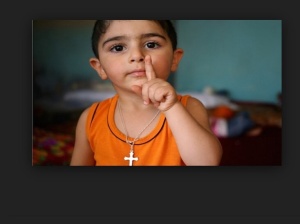 My daughter was over for the weekend. I was up early in my routine, with he Lord, and she mentioned in passing that she was hungry, I knew we had nothing easy for her to go to, and that breakfast would require my full attention, so I explained to her that breakfast wasn’t going to be for awhile. No sooner had I said that, then I turned to Mathew 25: 31-46 in the bible that was in my hand. Of course, the words of Jesus saying, I was hungry and you gave me nothing to eat, grabbed my attention. Later, a prophetic declaration from the Spirit of The Lord, was spoken to us revolving around this paragraph in the New Testament.

The Son of Man Will Judge the Nations

“When the Son of Man comes in His glory, and all the holy angels with Him, then He will sit on the throne of His glory. All the nations will be gathered before Him, and He will separate them one from another, as a shepherd divides his sheep from the goats. And He will set the sheep on His right hand, but the goats on the left. Then the King will say to those on His right hand, ‘Come, you blessed of My Father, inherit the kingdom prepared for you from the foundation of the world: for I was hungry and you gave Me food; I was thirsty and you gave Me drink; I was a stranger and you took Me in; I was naked and you clothed Me; I was sick and you visited Me; I was in prison and you came to Me.’

After I read that passage, needless to say, I decided to get breakfast going for her. Later, again, the passage flopped open to us, when the bible was picked-up off the table, during our prayer time, and this is what came of our encounter with the Holy Spirit, in the following prophetic declaration.

To The Least Of These

“All of time is recorded in the books, these days are recorded in heaven and all that occurs on earth, occurs before my eyes”, says the Lord. “I have decreed special anointings and mercies that have been held up for such a time as now, and I am releasing greater reward for those that bless me, among mine, in every nation, and in every tongue, among men”, says the Lord. “Whosoever finds me in prison, and visits me, will he himself be visited. Feeds me, will be fed, clothes me and covers all manner of my nakedness, he himself shall not be made ashamed in his hour, he will rejoice in me, and I will cover him so long as he continues his trust towards me. For when he has done this to the least of those who are mine he has done this to me, and who are those that are mine? Are they not of whom I am their head and they are my body? Are they not, also, the least in all the lands, who look to me? Allow the little children to come to me, make away for them to come to me, help them to come to me, and you will not lose your reward. I’m saying, He who finds the Christian in this earth and blesses him, is blessing me, and he who finds the destitute, who looks to me, and helps them, helps me. This is the rod that separates the goats from the sheep before me, I will judge the nations, says the Lord, but this hour will determine where many will stand for blessing and for reward while I am being persecuted through out all nations, and my head, in the market place, is sold for a price. Remember, even for the fool who says there is no God, but shows mercy, in this life, will obtain mercies. For blessed are the merciful … And while there are those who are appointed as martyrs, who pay the ultimate price, in these services of love towards me, he will in no wise lose his reward, but that greater reward will find him. All, are named in my book, and numbered, until that number is complete. Does a sparrow fall to the ground and I don’t take note of it? Are these that are mine worth more than a sparrow? Surly, they were formed before my eyes in their mother’s womb, and I saw every one of their days, before there was yet any one of them.”

A third time this morning the Lord opened up this passage.

“Then they also will answer Him, saying, ‘Lord, when did we see You hungry or thirsty or a stranger or naked or sick or in prison, and did not minister to You?’ Then He will answer them, saying, ‘Assuredly, I say to you, inasmuch as you did not do it to one of the least of these, you did not do it to Me.’ And these will go away into everlasting punishment, but the righteous into eternal life.”

“Indeed the nations that bless ME, AND SEND THEIR ENVOYS to the TEMPLE of My DWELLING, even the place of MY HOLY HABITATION, where my SPIRIT has rest, will certainly be blessed in my revealing, says The Lord, the one who IS, WAS, and IS TO COME. The Alpha and Omega, the BEGINNING and the END, the BRIGHT and MORNING STAR.”