This is what the LORD says: “Stand at the crossroads and look; ask for the ancient paths, ask where the good way is, and walk in it, and you will find rest for your souls. But you said, ‘We will not walk in it.’ 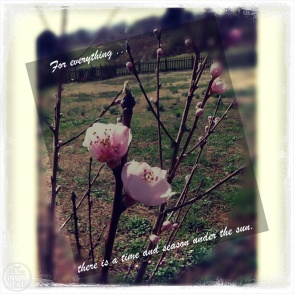 And the Lord would have His anointed to take note of the many roads that are being revealed right now, that are off the beaten path. The promise of fame, fortune, and prominence, is not that which causes these paths to glitter like Gold, but rather it is my glory that reflects off my persecuted ones (says the Lord) that makes your face to shine.

It is not the high way, it is the by way, and they are so familiar with the easy way, they have missed their greatest hour in ministry. The conditions have not always been met in these places, that could not meet certain demands. But my servant has forgotten, the road of faith. Even my requirement to trust and believe, that their budget will be met by the provision of the Lord. Am I not always faithful?

But, many of my servants of late have said, “ Lord my budget is not being made!” If I am faithful and my servant falls short, time after time, than who is at fault? Will I not always provide for my own? If this is so than what endeavors have you taken on that I support not? If they are not supported, are they of mine, says the Lord? Has the world you are living in remained the same, that it is not due for adjustments? I have adjusted, I have led, I have appointed, says the Lord, have you followed?

Therefore, this is why many will only reflect upon my glory as a thing of the past, rather than a realty of the present. Where fanfare upon their arrival has been the order of the day, but the power will wane in time. Budget, conditions, and facility, has been the determiner of an acceptable path, rather than the perfect way.

For that way- I have not immediately disclosed the treasures of my kingdom found there, to glean from among you the glitter fly. For men and women are my treasures, and gold is still found in the mouth of the catch of the day, to pay your obligations. Be fishers of men, and I will show you the hidden pools. They are not found city to city, but from stream to stream, says the Lord.

A time will come when those who walk after the Spirit, will find themselves fishing from the streams of the desert, where Jackals still roam, says the Lord, in the minds of those I’ve called them to. To set a captive free while yet in captivity. These open doors, and pathways, will be for the wise not fools. The hidden will be made known to their brethren, and they shall return with a countenance of joy and reflections of my glory upon them. Seek the Ancient Paths.